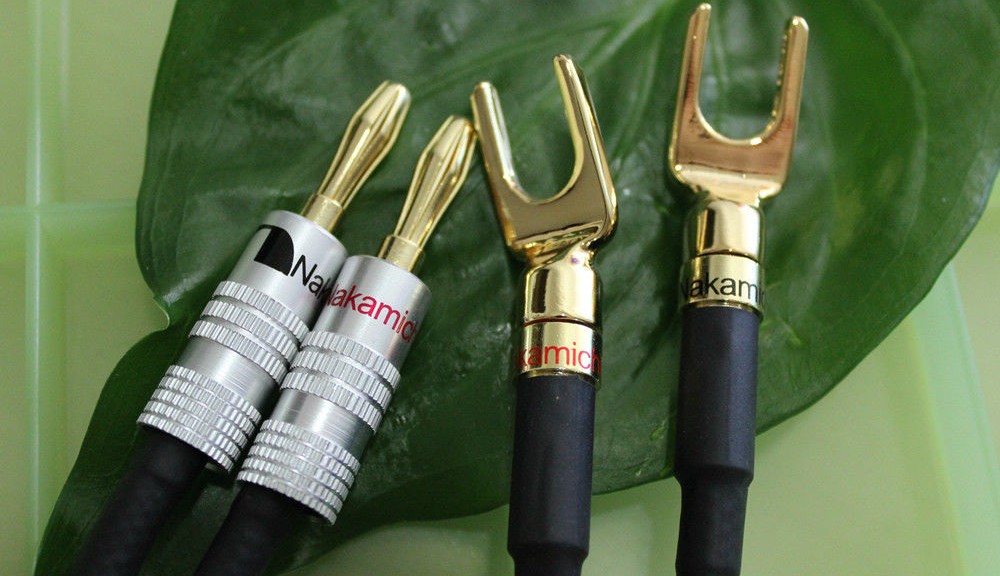 So I’m gonna come straight out the gate by saying that I’ve never done any listening tests on this one, and I probably never will.  Why?  Because I’ve used both for so many years and never noticed the slightest difference.  So my discussions herein are based upon theory rather than empirical discoveries.  And, to further cloud the discussion, manufacturers of both power amplifiers and speakers that are some of the best I’ve ever heard seem to differ on this subject, although most offer both options.  Magnepan would be the most notable exception, offering only banana plug connections for their planar speakers (in a nutshell, the big maggies (3.7Rs) are a fantastic speaker, but wouldn’t be right for my room.)  The folks at Zu Audio (The quest for some bang for the buck in interconnects and speaker cables) favor spade connections whenever possible, and I agree with them in theory.

This goes back to physics 101 in regard to contact resistance and it’s relation to the surface area as well as the pressure imparted upon the mechanical junction.  If you look at the photo of a banana plug termination you will notice that it likely offers less surface area than that of one made with a spade.  But more importantly, the pressure of the junction is limited to the amount of outward force created by the spring effect of the bent metal, whereas with spades one can impart far more pressure on the junction, which can offer higher conductance.  Also, many banana plugs are user-installed with some sort of a screw on system that is highly prone to error, meaning you could have 12 AWG wire with a weak link of just a few strands at the banana plug.  By contrast most spade terminations, even when user installed, are soldered.

In either case, the most important thing is full contact for the termination method used which is ideally made by cold forging, a method which pretty much rules out user installation.  Second best would be a high quality solder connection (just like inside the amplifiers themselves), and a distant third would be user-installed mechanical connection, such as spades with screws on them or banana plugs with screw down connections on the wire.  In fact, if it would be far better not to terminate your wire at all and properly connect the bare wire than to add an inferior user-installed banana or spade termination.

Some purists go so far as to eliminate the mechanical interface altogether by soldering their speaker wires directly to the amplifier outputs, but this is definitely on the extreme side and inconvenient to say the least.  I say any of the above methods can offer comparable sound quality, as long as care is taken to maximize contact area and pressure and all mechanical contacts are kept clean of course.