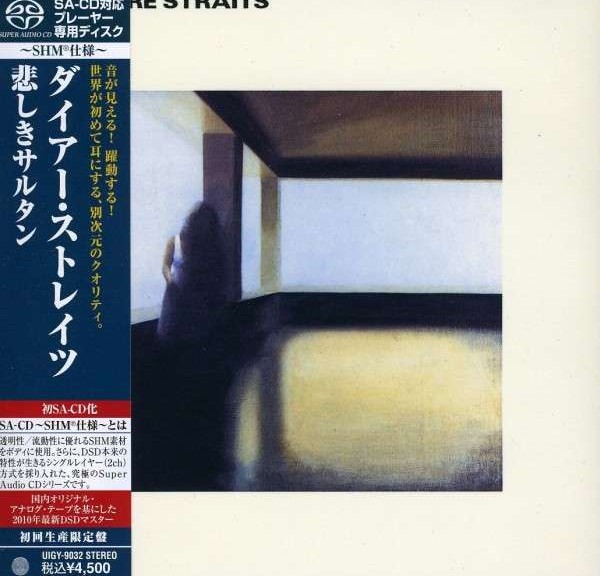 SHM SACDs are Japanese imports.  They are all green, and SHM stand for “Super High (quality?) Material”.  Personally, I think they should be called SGM.  The green is pure marketing and is on the the upper surface, whilst the lower (play) surface has a bit of a gold-ish tint.  They all have the Album title and Artist in small print in the same font, so they are easy to mix up.

They also only have a 2 channel, DSD layer.  No redbook or 5.1 layers.  I’ve compared them to the same releases on regular SACDs and they sound, well… exactly the same.  No surprise there, eh?  What?…  Green doesn’t effect the sound?  How stupid do you think we are over on this side of the pond?  Guess about as stupid as the French thought we were when they first put water in green glass bottles at $1 a piece and we’d buy them.  The difference is the French were right.

Street price on these Japanese imports is $60 and it’s hard to find them for less anywhere.  So there’s the bad about them, they are a rip-off.  On the plus side, there are many titles that simply aren’t available in DSD elsewhere, so thank you Japan for that.  They are still far more affordable than the Out of Print (OOP) USA SACD titles, and the Japanese writing looks cool and says “imported” in a premium sort of way.  Because they are.  All of them.