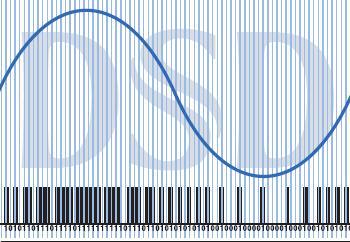 Ok…  so  most of you probably know that I consider DSD to be the best thing going in the digital audio world.  I came to this conclusion with A/B/C listening tests of reference quality source materials around 6 years ago and my initial conclusions have been reiterated time and time again.

Are all DSD recordings really that good?… Absolutely not.  There are still plenty of opportunities to screw things up and I’ve heard a fair share of DSD recording that have done just that.  With DSD, I can hear their mistakes, but 44.1k/16 bit PCM puts a veil over everything such that it really doesn’t matter anymore.

That said, a pure DSD signal path requires diligence to obtain.  You can have the best SACD player known to this world playing one of the best DSD recordings every made and, if you hook it up with an HDMI cable you are no longer listening to it in DSD.  That’s because HDMI converts everything to the ubiquitous PCM world to pass the signal off for DAC and subsequently analog amplification.

By the same token, you can be playing DSD files on your computer-based music server and still listening to the sonically degraded PCM version.  In fact, very few computers are able to perform a DSD DAC conversion, and none that are presently available (Sony once had that capability in their VIAO line of laptops, but they subsequently took it away as they did with the PS3).

So, how do you make sure you’re listening to a purely native DSD signal path?…  If listening to an SACD player you need to use the analog (usually RCA) outputs so the DSD DAC conversion happens inside the player (more on what to look for in a player in another post).  If you are running a computer-based music server you will require a native DSD external DAC, passing the DSD data off via USB.  Once carefully configured, it’s possible to use DoP (DSD over PCM which is a very clever way of passing of the DSD data fully intact for Mac computers – see other post) or ASIO for Windows, since Windows has no built-in audio drivers in the first place.

And… most popular SACDs have been tainted by PCM somewhere along the way.  Are they still sonically superior to their fully PCM equivalents?…  Yep. They just aren’t fully showcasing what an entirely DSD native signal path is capable of.  Most audiophiles haven’t heard a entirely native DSD signal path, and therefore many are non-plussed by it.  And, there are some recordings that have their best release in PCM.  “Riding with the King” by Eric Clapton and BB King comes to mind.  The PCM version sounds as good or better than the vinyl since the vinyl version was mixed in PCM anyway.  A fantastic analog recording, mixed in PCM then rereleased on vinyl obstensibly for it’s superior analog characteristics.  Can you say… missing the point?!

Same thing is true for the Cure’s “Disintegration”.  They even have a sticker on the vinyl jacket proudly advertising “Digitally Remastered”, which might as well read “Just buy the CD instead and don’t pretend you’re getting better sound quality from vinyl cause we already PCMed this one”.  Also true for Elton John’s “Goodbye Yellow Brick Road Digitally Remastered” vinyl release.  You might as well go buy the SACD and be one step closer to the already digitally degraded source.  Cutting a lacquer to press vinyl from a digitally mixed recording simply makes no sense, unless for nostalgic value rather than sound quality.  If they already PCMed this recording, than at least give me the 24 bit version but alas… no.  If you really want the analog goods, you’ll need to seek out a mint MFSL (Mobile Fidelity Sound Labs) Original Master version of this recording from when it was originally released in the 1973.

In order to truly hear what a fully native “Direct to DSD” recording sounds like, grab one of Blue Coast Record’s DSD downloads.  They have gone to great lengths to preserve the integrity of the all-DSD signal path.  Of course, they have also gone to great lengths to gather some very talented musicians and engineer fully acoustic studio recordings with some of the best microphones ever made (from the 1980s I believe).  Their attention to detail is extraordinarily obvious on a quality system playing their native DSD files w/o being PCMed along the way anywhere.

There are also some more ecletic SACD samplers, such as those released by LINN Records, that gather together a variety of artists and music styles to showcase what the DSD format is capable of when left alone to do it’s thing.  Unfortunately, most of the more popular main-stream SACD (therefore DSD) titles will have been PCMed somewhere along the way.  Do they still sound better than their fully PCM equivalents?…  Yes, consistenitly so.  But have they fully unleashed the sound quality available by DSD?…  Unfortunately not.

Maybe someday we’ll see audiophile re-releases of such titles where they are remastered on a fully native DSD signal path from the analog original master tapes.  As it stands now it’s a mixed bag.   Most of the MFSL DSD releases should be direct to DSD using a Sonoma DSD workstation to do so, as well as some of the more prominent titles such as Pink Floyd’s “Wish You Were Here” and “Dark Side of the Moon” (let’s hope so, with the likes of James Guthrie back at the controls).  But it still remains a “you know it when you hear it” kind of thing.