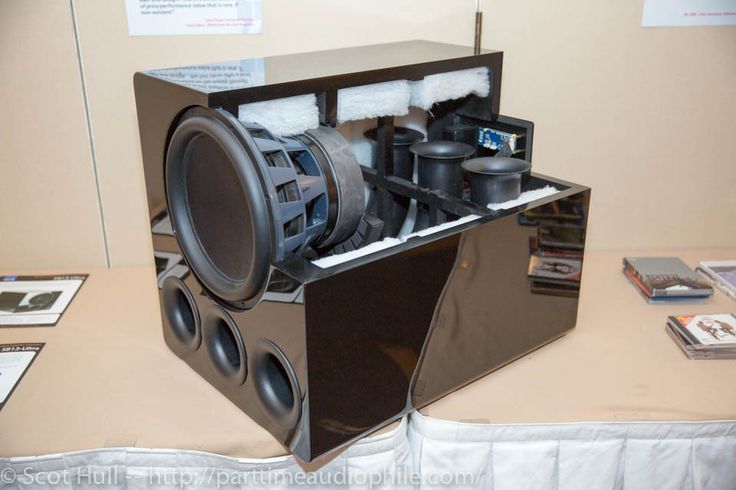 Matching subs to speakers has a lot of chatter on the forums since it is requires the listener to get involved to get it to sound right.   Often subs are matched to front speakers of a different manufacture, which means the speaker designers aren’t in the loop as to how things go.

Ultimately, it is up to the listener to “tune” the sub which would be a difficult task if you try to do it technically, with cross-over curves and such.  but… it’s really easy to do for a trained ear when you know what to listen for.  I just set the phase correctly (immediately obvious when you toggle the switch) then play with the volume and low pass cross-over setting until it sounds right.  I often adjust it differently for different sources.

firstly, it puts the speaker designer out of the loop, so the user needs to pay close attention to how they mix and match subs to the rest of the speaker system.

so…  when you are talking about digital audio outputs (HDMI, digi Coax, Optical), which almost everyone is these days, what happens to the .1 becomes a matter of great debate.  The techies love this kind of stuff, and spend more time dwelling on it than actually listening to music and/or watching movies.

but… when we are talking about analog audio 5.1 outputs, such as is the case with SACDs (some at least, see below), the decision as to what is going to your subwoofer has already been made when the audio was mixed.  the sound engineer doing the recording did it, and almost certainly did it far better than any of the digi techies could ever dream of.  of course, you still need to tune your subwoofer to your system, but what content it is getting is nice and clearly decided for you.

that’s why i suggested you try your ML’s both ways, with and w/o the sub.  To understand why, consider that there are three types of SACDs:
1. SHM Stereo only (like my Japanese imports)
2. Hybrids that have a “Redbook” CD layer (44.1 kHz sampling) and an 2 channel SACD layer (like all of the MFSL Original Master recordings)
3. Triple Layer that have a Redbook CD layer, 2 channel layer, and a 5.1 surround mix layer (these are the ones that tend to become collectable when they go OPP since the only version of that 5.1 mix that exists in this universe is on them)

I think when you play the 2 channel only versions, it’s quite possibly they will sound better by letting the MLs, bi-amped, handle the entire job by themselves.  Otherwise, you need to get in the middle and decide how you want the subwoofer to behave, crossover, etc for the 2 channel sound.

But.. when you play the 5.1 mixes, the sound engineer (but this is beyond engineering, and an art in of itself) in the mixing room will have decided what content goes to the sub already.  you just hook it up, tune it a bit according to the type of sub it is and personal tastes, and let the magic happen 🙂

having said all this.  i think it’s time to just have some fun listening to your music collection again.  you are already way ahead of the game just as things are now.  i just LOVE listening to music and the real pleasure that I get from adding of upgrading gear is not from the technical aspects, but from how i can rediscover my music collection when i do.  for example. i’ll try a different phono cartridge and… assuming i like it better than what i had, want to listen to most of my music again before i change a single other thing.

all your CDs are gonna be a fun experience in rediscovery just based on how things are now. enjoy getting to know your music again.  or for the first time.  you could spend months just rediscovering your existing music collection.  it’s really fun to pick up the differences and develop your personal tastes along the way.  then you will really pick up some of the other improvements when you add an Oppo (even just to your existing CD collection) or start picking up a few SACDs…