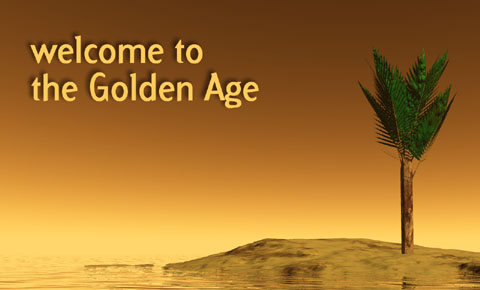 Yep… We are only just now coming into the golden age of digital audio, where the hard disc space and computer processing are capable of it’s requirements – I now have 9 TB of storage space, something that wouldn’t have been financially feasible even a year or two ago.  The late 70s/early 80s were the golden age of analog, which is why i’m buying analog gear from that era.  It was arguably as good as it gets then, and in many respects it hasn’t gotten better, just (far, far) more expensive.  Some technologies from the 70s remain relatively unavailable in modern audiophile gear.  Technologies such as direct drive turntables which are often superior to the modern day belt drive ones with prices starting around $3k (Turntables – Direct Drive vs. Belt Drive).

But… it took analog many, many years to get there, the height of it’s glory in the mid 70s/early 80s.  It has taken digital just as long, 32 years and counting and it’s only now starting to come into it’s golden age.  Amazing that DSD has been around for at least 15 years and only recently starting to gain momentum.  But… it has begun, and that’s a good thing.

I’m at the very forefront of digi quality by virtue of creating a DSD music server by ripping files with a PS3.  And, I’m also putting together an analog system in both Canmore and Maui that is of the era that was the height of analog (i.e. vinyl).  The only major difference in my analog pursuits from what I did in the late 70s will likely be to replace a reel-to-reel with a 5.6 MHz DSD recorder.