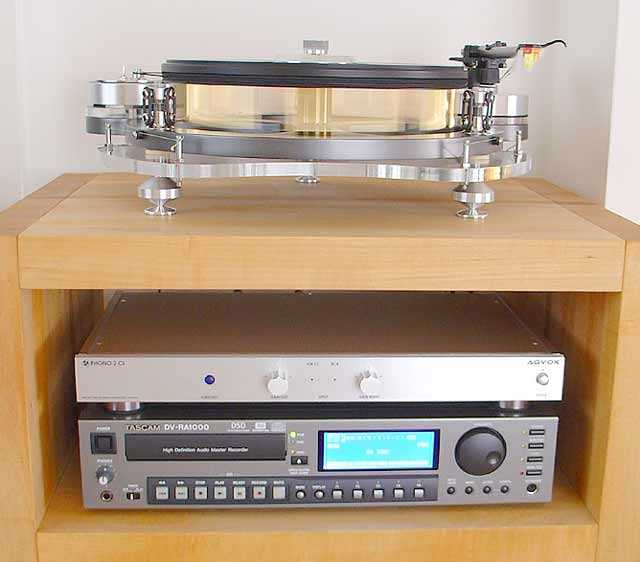 DSD is sampled at 2.8 MHz.  This is what is used on SACDs and results in similar results to an analog wave form.  The differences between vinyl and SACDs still remains very audible to me though (pros and cons – the pros still far outweigh the cons for me), even on a modest system by audiophile standards.  But I consider both levels of quality, vinyl and SACD non-fatiguing and very worthy of “sit down and listen to music” sessions.  CDs I don’t and I stopped doing it in spite of having a very good audiophile system with ESLs.  The return of quality by virtue of DSD and vinyl are why I’m back into it.

The Korg can record analog sources at 2.8 MHz or 5.6 MHz.  Having a higher sampling rate than SACDs or PCM and leads to many intriguing questions to me.  Could I get even better results recording my quality vinyl to DSD at 5.6 MHz than listening to the same music recorded and mixed to SACD at 2.8MHz, for example (I doubt it).  And… it leads to potentially amazing archival and convenienice possibilities as well.  Travelling to my places with a hard drive is certainly a lot easier than with a collection of vinyl, or buying multiple copies of my vinyl albums so i have one in all places and having multiple turntables, which is the road i figured i’d likely to down but may not have to after all 🙂

I have found that DVD Audio at 192K/24 bit to be very good and a huge improvement over CDs at 44.1K/16 bit.  I have several titles on both SACD using DSD and on DVD-A using 192k/24 bit and have compared them (I’ve got at least a dozen on both formats: SJ Gaucho, Elton John GBYBR, Fleetwood Mac Rumors, etc.) and find I prefer the SACDs but both formats are miles above CDs.  And, every title various according to whiter original master tapes were used, how it was mixed, and how it was recorded.

Remember that with PCM, the bit depth is more important than the sampling rate.  So 24 bit is key (and almost all of them are).  Blu-ray Audio offers 96khz @ 24 bit.  I’ve collected a few of those titles but haven’t listened to them yet since I don’t have a player.   They play on all blu-ray players (that’s their selling point of course) but in order to give them a proper listen i would have to get an audiophile quality one, such as the Oppo.